On Bank Holidays we bank medals 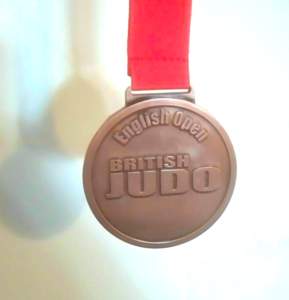 This Bank holiday weekend was filled with everything we love (i.e. judo, ippons, and medals), as Saturday saw the BJA English Open play out in Walsall, while Sunday marked the BJC National Open in Kettering.

Oxford sent a strong development group to the English Senior Open in Walsall.  The competition was predictably intense and all competitors will have learnt lessons to stand them, as well as the club, in good stead for the future.

In the u73s Tom Roach and Henry Winney (showing off a new, higher weight) had tough initial draws, but fought well against strong opposition, narrowly losing out over 4 minutes.  Henry was narrowly edged out in his repechage fight, however Tom came roaring back from his first defeat to throw his second opponent with a swift Ura-nage in the third minute of a tight contest.  He was then held down by the eventual bronze medallist’s dark arts of ne-waza, in a highly commendable/sexy performance overall.

Oxford filled a strong u90s category with talent, with Vidar Skretting, Matt Edmans, and Liam Hart all competing well. All three started off well with excellent wins, with Vidar and Liam in particular competing for the throw of the tournament with dynamic, swift efforts.  Vidar narrowly lost in the quarter-final in golden score, but came back well in the repechage after challenging his opponents to a duel. In their first competition fight against each other (and it was indeed of epic proportions), it was the Viking who claimed victory over Matt, leaving him with 7th place. Thirsty for revenge, the Viking headed straight for the last bout, where he faced the man/mountain, who had previously denied him a clean sweep, and there he seized the medal he felt he deserved. It was bronze.

Becky fought like a monkey on fire, with all the focus of a magnifying glass on an ant. When asked for comments on her performance, Ifor said many funny jokes that unfortunately don’t read well on a public webpage, but nonetheless in the end she was awarded 5th for her stunning initiative.

On Sunday it was another early morning for the Oxford crew, as we left bright and early for the BJC Open Nationals in Kettering. Carol, queen of reversing, could enjoy the passenger seat for once, as Chris took over the task of driving us all safely to Arena Sport. 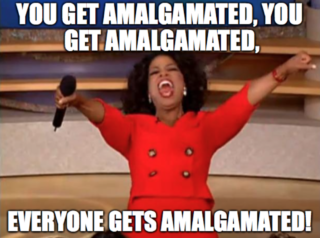 After weighing in at 10 in the morning, we waited several hours for approximately 5000 children to get through their categories before we were called on (like how is it possible to weigh 24 kg? We could deadlift four of these kids at once…).

Anyway, small humans aside and back to our story. First on the mat was Jakub, who fought in the boys’ 13 – 15 year old 3rd – 4th Kyu u73s category. He delivered a beautiful ippon to secure the first win, and shortly after he also secured our first medal of the day with a bronze.

Fighting on six mats, it was hard to keep count of all our players, as many were on simultaneously. In the men’s u73s Dan grades featuring Tim and Tom (such a cute sounding combo), Tom pulled off (at least) one especially spectacular ippon, turning his opponent around in mid air, to many impressed cheers from the sideline. In a pool of 10 fighters, Tom placed a strong 5th just one day after fighting in the English Open.

Mehdi championed his way to bronze in the men’s u60s/u66s Dan grades, and at the same time Sanna and Antonia fought in a large pool of women’s 1st and 2nd Kyu u70s/u78s, where Sanna ended up taking another bronze. Straight thereafter Sam Garforth took to the mat in the men’s 1st – 2nd Kyu u73s, but in a day where he was close to the winning throw in most fights, his opponents managed to turn the tables and snatch the wins. On a different mat at the same time, Loïc kept up the bronze trend of the day by securing himself one more in the men’s 1st – 2nd Kyu u66s. 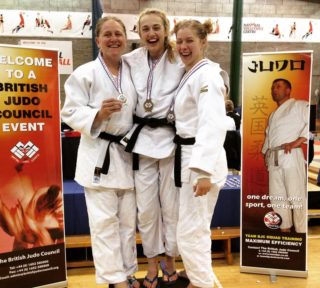 Recent brown belt Sam Acreman was our first national champion of the day, as he took another impressive gold in the men’s 1st – 2nd Kyu u81s, and quick to follow him suit was Rachel with another gold and BJC national title. Her and Emma were amalgamated in the women’s u57s/u63s, where Rachel took gold, and Emma took silver, both beating another woman, who usually fights u70s. A special shout out to Emma for that sweet sweet throw with 10 seconds left, turning a loss by yuko into a super satisfying win by waza-ari.

In the women’s u70s/u78s Dan grades, Abbie went all guns blazing again and took down all but a World Youth Games medallist, adding the last medal to this day’s tally, this time a silver.

Also fighting two days in a row was Liam, who got caught in the BJC’s somewhat disliked rule about weighing in with gi trousers with no weight allowance, so he was 300 grams over his category, meaning he had to fight the big guys in the men’s u100s Dan grades. Although actually supposed to medal, an administrative error and a reluctancy by the officials to fix it meant one win was awarded to the other player, ultimately leaving him empty handed.

But we returned home in high spirits nonetheless with lots to celebrate and many pointers to work on in the training sessions to follow.