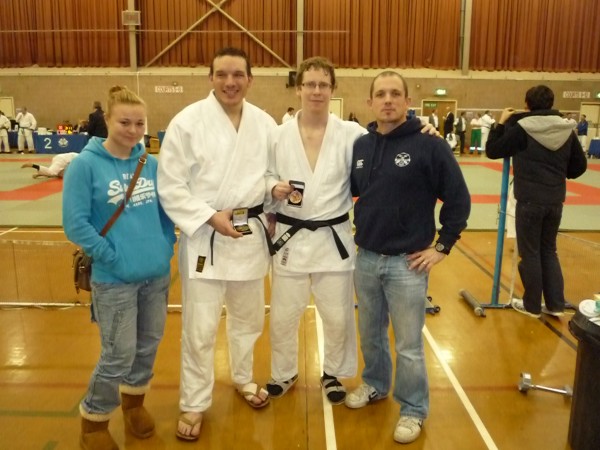 Due to several injuries, Oxford Judo was able to send only two players to the British Judo Council Senior National Championships, but both of them came back with a medal. Bradley Joyce impressed with a flawless performance to secure gold in the O100kg Dan grade category. Vitek Sipal fought extremely well and secured a bronze in the very competitive U81kg Dan grade category.

Brad convincingly won his pool by opening with a very tactically controlled the match and winning by Wazari. This was to the followed by two further ippons including a battle for gold where he clashed with a 3rd Dan weighting impressive 138kg. Brad was scared neither by the experience or the size of his opponent and instead took carefully asses the situation before ruthlessly dispatching his opponent with a well timed seoi-nage for ippon.

Vitek started well by winning his qualification pool where he beat both 1st and 3rd Dan opponents by Ippon. In the medal pool, he lost to both his opponents, but his performance in the silver medal fight is a real promise for the future, considering this was his first competition after his knee surgery.

Both players are now looking forward to the London Universities Competition hosted next week at the Brunel University. For this event, many members of our squad should be fit for competition and we hope that we will maintain the average of a medal per head even with higher number of entries. 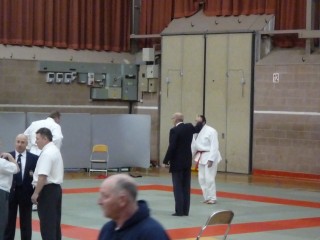