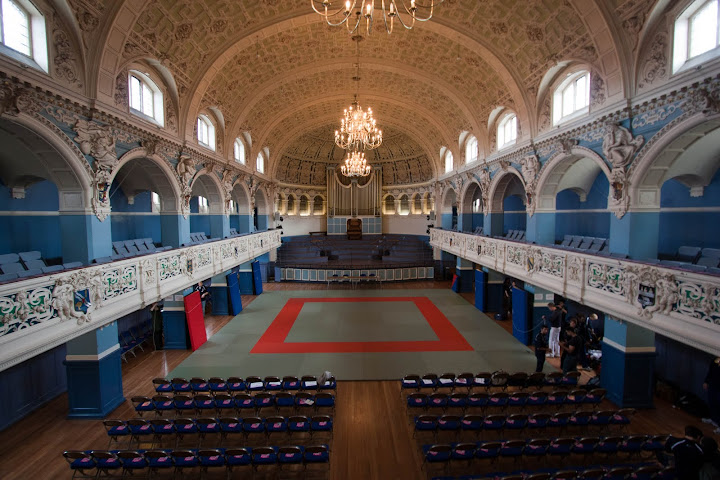 On Sunday 11th March, the Oxford and Cambridge Judo Clubs will convene for the annual Judo Varsity Match. Oxford will host this year’s competition at the Oxford Town Hall. Doors open to spectators at 1pm.
The clubs are two of the oldest existing Judo clubs in Europe and the annual varsity match is believed to be the world’s oldest regular Judo competition outside of Japan. This contest has taken place annually since 1930, with only a short break during the Second World War. The modern day varsity competition comprises four matches; two men’s teams of eight – the Blues” and the “B”s and a women’s team of five to represent each university. An additional mixed team of seven men and one woman represent Oxford and Cambridge City Judo Clubs, making this event a truly Town and Gown affair.

Tickets (£5.00 for adults; £3.00 for students and concessions; £7.00 for front 2 rows) from Elmer Cotton or, for postal delivery, contact info@oxfordjudo.com. Remaining tickets will be available at the door.

If you would like to help Oxford Judo to cover the expenses associated with this event, please donate to the General Fund