These BUCS Women Can Weekend update from home and abroad

The highlights from this year’s London Universities 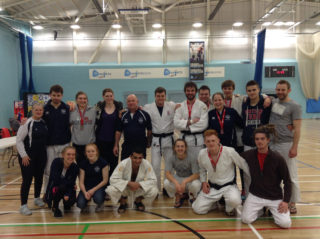 The sun hadn’t even started to wake up when 16 sleepy fighters boarded the minibus at Jackdaw Lane and left for University of East London. On the roster was the annual London Universities, which is considered the second biggest university competition after BUCS.

Sanna started off the competition with the very first fight of the day in the u78s where she fought the Dan grades for the first time, nevertheless taking bronze. Simultaneously Claudia was fighting in the u70s kyu grades, and with two fights and two ippons she secured the first gold of the day.

Also in the u70s was 1st Dan Annie, who fought in the junior Dan grades. In her first competition at this level she won two fights and added a silver to the count. 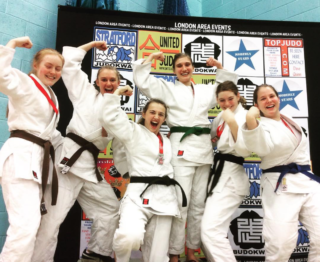 Ellie and Ella fought in the Dan grades u52s and u57s respectively. Ellie won two fights and took silver, while Ella won one fight and took bronze. Both ladies came away with 10 points each towards their 1st Dans. Last up was Rachel in the Dan grades u63s, who was dominating all her fights, but lost one after a misunderstanding lead her into an oseakomi. One more silver to the women, who were representing Oxford Judo in all weight categories from u52s to u78s, and all taking medals.

Being Remembrance Sunday we held a beautiful two minute silence to remember those who’ve lost and suffered in war, and after that junior men were called out with Alex fighting in the u66s. Also fighting the Dan grades for the first time he came just short in the juniors, but made a comeback in the seniors where he took bronze together with Mehdi. In the kyu grades u73s Louis went on the mat in his first ever competition, and being four seconds away from winning all his fights, he can proudly display his well earned silver.

Tom Roach, Tom Chandler, and Andrew Serdega all fought in the Dan grades u73s, but luckily didn’t have to fight each other. Many beautiful ippons were displayed, with Andrew ultimately winning it all and taking gold, and both Toms winning points. Seven for Tom Chandler towards his 1st Dan and 10 for Tom Roach towards his 2nd Dan.

In the men’s u81s Dan grades, which is notoriously tough, Gregor held our banner high and fought like a champion, giving it his all against strong competition. Matt Edmans celebrated his renewed student status by taking bronze in the Dan grades u90s, where he was accompanied by Christian, who narrowly lost to men somewhat a bigger size than him. 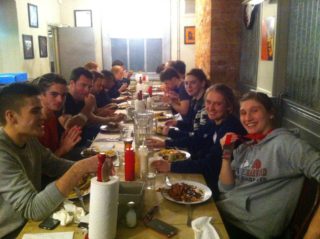 Last man on the mat was Sam in the Dan grades o100s, and he secured the last medal to Oxford by winning a shiny bronze. After a very well organised event in London it was time to face the relentless Sunday traffic on the M40, but we all made it back in time for some well deserved post-comp munchies and top camaraderie at the Smokehouse. Massive thanks to Chris and Carol who once again made it possible for us to enjoy a great day out. Seriously though – speaking to many other players from other clubs they find it amazing how we always manage to travel to competitions in groups this big. With 16 university players taking 12 medals as the end of the calendar year is closing in, hopefully these successes will continue after some good times with friends and family over the holidays.