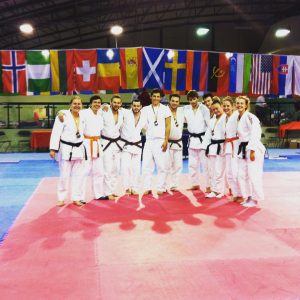 Summer is over, and with it the long vacation which only means one thing – another university year filled with judo has begun. And we kicked it off in style with 11 judokas leaving Oxford bright and early to fight at the Southend-on-Sea International and returning to the shire later that evening with 9 medals in total. Being an international tournament it was suiting that Oxford Judo had seven different nationalities on the mats: English, Welsh, French, Irish, Canadian, Swiss, and Faroese.